Is the gig economy for you? 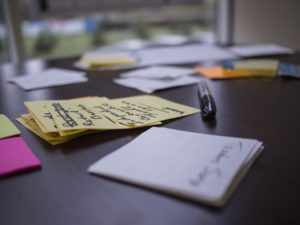 Being Your Own Boss Can Bring Freedom, Flexibility

Today, aspiring entrepreneurs can launch a business without a lease or landline. Indeed, it seems all it takes to start a small business in the current climate is an idea and an Internet connection.

But don’t draft your resignation letter just yet. Although 15 million Americans were self-employed in 2015, accounting for 10.1 percent of total U.S. employment, roughly 20 percent of new businesses fail in their first year and around half don’t make it to their fifth birthday. So it’s important to evaluate whether you have what it takes to succeed as a long-term entrepreneur.

The Ups and Downs of Entrepreneurship

Considering you’ll probably be doing everything from marketing to maintenance as a small business owner, being your own boss requires a few key personality traits, such as adaptability. You should also be comfortable confronting conundrums and adept at finding solutions quickly. Finally, you have to be equally at ease with risks and routines. After all, you are taking a chance by going out on your own. But the fact that you no longer have to answer to anyone else means you’ve got to have the disciple to stick to a schedule, meet deadlines and cover your new business’ bills as well as your own.

That being said, self-employment can be an ideal option for people who want or need the freedom to set their own schedules, work at their own pace, and choose their clients and colleagues. Such flexibility could fit people with physical health conditions, family obligations, or mood disorders — such as anxiety and depression — that might make it difficult to work for someone else or thrive in a traditional work environment.

But self-employment can have its downsides for anyone, regardless of their circumstances. For instance, your income isn’t guaranteed, which can create anxiety. Setting your own schedule may also become its own source of stress because it can be difficult to strike a healthy work-life balance. You may also have to handle your own health insurance, retirement savings, and vacation scheduling, among other administrative details. So it makes sense to research resources provided by freelancer advocacy organizations and other sources to learn more about the less-obvious aspects of being your own boss.

Getting into the Gig Economy

So starting smart does require more than an idea and Internet connection if you want your new business to have staying power. At the same time, you don’t necessarily need an extensive business plan and substantial seed fund to get going. Starting small can be a great way to ease into entrepreneurship.

For instance, you can experiment with the gig economy while holding down another job.  The gig economy is generally defined as a framework where people are hired, often through digital marketplaces to work on demand, according to the U. S. Bureau of Labor Statistics. And it could include people operating an after-hours business while working a more permanent part- or full-time job, working for a variety of clients to cobble together a living as a full-time freelancer, or toiling as one of the many students, parents or retirees taking on tasks only when their schedules allow.

That variety makes the size of the gig economy difficult to measure definitively. But one survey from Intuit Inc. and Emergent Research showed an estimated 7.6 million Americans will be regularly working in the on-demand economy by 2020, more than double the 3.2 million working on demand in August 2015.

So the gig economy is expanding, and it’s also providing a launch pad for many professionals who want to parlay their passions into permanent paychecks. If you’re craving a career that offers you the freedom and flexibility to chart your own course, consider becoming your own boss. A small start could someday become big business.