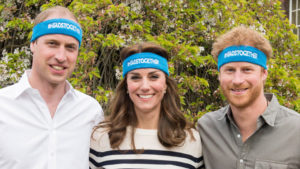 Even being part of England’s Royal family doesn’t make a person immune to emotional distress. The Duke and Duchess of Cambridge and Prince Harry of Wales are really opening up about all sorts of emotional topics, including new motherhood and the son’s loss of their mother, Princess Diana. The televised discussion is part of the Heads Together campaign to raise awareness and fight the stigma of mental health issues. Their latest video express that it’s #oktosay what’s going on emotionally.

To watch the video and learn more about the Heads Together campaign, click here